Ripping up the chimney as this LSM exclusive landed in our living room, Stephen Cole‘s remix of Meat Katie‘s Black Light has blown up the fire and heat in our 2019 advent countdown. A foot-stomping storm of a remix that’s had us raving like Christmas arrived early.

This exclusive track will be featured on a forthcoming Lowering the Tone compilation – 12 Times Around the Sun, set to be released on 23rd December. 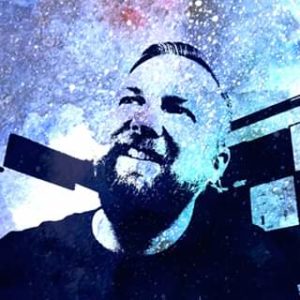 Stephen Cole’s music production came to the surface in 2007, debuting his ‘Sweet Melody’ remix on A-Squared Muzik. Later that year, he joined forces with Peter Paul’s budding label, N-Mity Sound Spain, and released ‘Hotwired.’ The release received a wide range of support, showing up in notable playlists such as Elite Force’s Strongarm Sessions and Annie Nightingale’s Radio 1 show. In subsequent years, he was signed to the official roster of Dead Famous Records and worked with a variety of great labels and artists including legendary tech-funk label, Lot49. He has remixed the likes of Dylan Rhymes, Access Denied, EK, Odissi, Hedflux, CircuitBreaker, Benjamin Vial and many more. Stephen’s most notable releases have been rooted in breakbeat. However, he has not limited himself to solely producing one style of music. Much like his DJ sets, his productions are an eclectic mix. 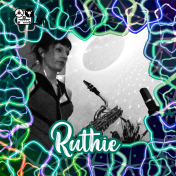 Ruthie prefers to DJ the occasional after-party and loves studio work. She has recently collaborated with the BBP team, Fort Knox, Malcolm Stratchan of the Haggis Horns and Mr. Crucial of Bush Doctor Promotions and Jungle Mania. Ruthie also plays the baritone saxophone but can hardly carry it. Brass. Bass. Breaks. https://soundcloud.com/ruth-anderson