We are pleased to share an interview with Bass=Win badman don dadas, Terry Hooligan & Rico Tubbs. You can read the review for the new Bass=Win VA here 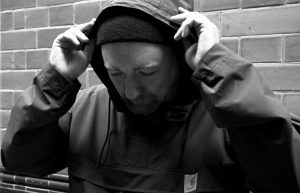 Those who know you, know you are a huge Hip Hop fan. How did you find
this love for Hip Hop?

Its honestly not just one place. I did my musical growing up in the late 80’s and early 90;s, so being from an estate in Watford there were ravers and goths and skaters and all the other tribes knocking around and hanging out. As part of that, people were listening to Del La Soul, Public Enemy and even Gang Star, also that’s what the DJ’s on the radio were playing as part of their playlist. So this was a gateway for me to look deeper and not just the hits. I found music i loved on the radio on shows by Tim Westwood, Max & Dave, DJ 279 and even Pete Tong used to do a Hip Hop show on Radio 1 before Westwood went over there from Capital. Then when we got cable i discovered Yo MTV Raps and it was game over. Before that i just had the liner notes and magazines like HHC, Rap Pages and The Source. I found a music and a style that i loved by the time i was 14 or 15 and its just stuck with me ever since. Albums like The Infamous, Enter the 36 Chambers and Ilamtic have been my favourite albums forever but i also don’t want to be an old guy that says ‘this is real hip hop’ when Hip Hop has always been about progressing and growth. But at the same time that’s all i really listen to. haha. But i love Hip Hop as a culture, as a music, as a lifestyle and as a political movement and world changing entity. It has informed so much of what i am as an adult and how i see the world.

And how did this love for Hip Hop turn into a love of breaks?

I was a straight up Hip Hop guy. Then Matt (The other atomic hooligan) bought me on to scratch on tracks on this new project through a mutual friend. When we got signed to Botchit, I had to DJ to make a living. My first few gigs were just me playing 80’s fast rap which was basically what a lot of Big Beat and Breakbeat sampled for vocals and beats. Then i was told I needed to play some breaks to keep getting gigs. So I went to vinyl addiction and heard a load of ‘Breakbeat’ that had the same vibe and energy of Big Daddy Kane and DJ Magic Mike (I also loved Miami Bass) but with a techno style structure, and I was hooked. Stuff like Freq Nasty, Jedi Knights, Stanton Warriors felt like the same energy as the Hip Hop, Electro Funk and Miami Bass & B-More club I loved. The rest is really history to be honest.

Any favourite DJ gigs from over the years?

Oh man. Too many to really mention. The classics would be the early Kazantip festivals with the In Beat We Trust crew. The Goverment in Toronto was always amazing. Breakfest in Perth was crazy. The 1200 Festival in Sao Paulo was immense for many reasons. All our tours of Japan were crazy, but the first one was a real stand out. We were on day time radio and our album was No.2 in the national charts and the reactions we got from the crowd was insane with our live show, but i played at a little club in Tokyo after our first live gig, the name of the club escapes me but the sound system was next level. That was crazy. But i would have to say my No.1 club and gig of all time would be In Beat We Trust at the Tunnel in St. Petersburg. The club doesn’t exist any more but the vibe, the crowd, the sound system the crew that were there and still doing their thing were magical. I have played some of the biggest gigs of my career in St. Petersburg. The Udar Festival, Breaks Arena all 10k people and better. But the tunnel which basically was just a tunnel under the ground in a bunker was what dream gigs are made of.

Tell us a bit about this new VA that you and Rico Tubbs have put together.

We both Love breaks. We have been sneakily releasing quite a bit of it on our label that’s known as a Bass label. But we wanted to celebrate the music by releasing a full album of the best bits from our back cat and some new tracks and remixes. So it was natural for us to get BreaksMafia involved and as i have known Rasco for almost 20 years and they are KILLING it at the moment. Ben & Lex have been my friends for years also. Lex I think is one of the best DJ’s and producers out there but they aint done their Breakbeat thing for a while so I wanted to bring that sound back they are known for. Future Wildstyle have released some amazing stuff on Bass=Win so getting a new track from them was natural as they have quite a few back cat tracks on there. We just love breaks… 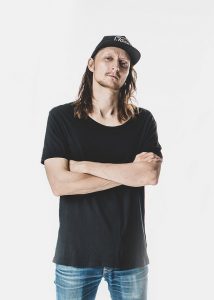 You have a unique and recognisable take on the Bass music sound, how
did this journey into all things bass begin?

I think it was the accidental purchase of Deep Blues “Helicopter Tune” when I was in Helsinki on one of our numerous rave weekenders in the late 90’s. After that I was hooked on jungle & breakbeats.

Along with making bangin’ tunes, you also DJ across the globe. Any
favourite gigs past and present that stick in your mind?

“Annie Mac Presents” in Cardiff quite a few years back must be my favourite of all.I was pretty much the unknown dj in the line up and that night ended up being absolutely euphoric.Luckily theres some footage of that too. Of course the iconic places like Avalon in L.A and Fabric are memorable moments too.

What makes you sit up and listen attentively when going through demos?

Some kind of hook or element that sticks – be it melody, vocal or random sample. I really don’t care much about the production quality.

Whats in the pipeline music and DJ appearance wise?

There’s ragga breaks thing coming on Hot Cakes with the boss DeeKline on the remix.Also quite a few bassline bits and a 10 year anniversary release of my track “Gangsters”.Actually have an olskool jungle album ready under “Infekto”alias and another garage house one as well as Bob Citrus.

Gig wise I’m doing my own 3 monthly residencies here in Finland among other random events, then coming to UK for Illusive Festival and Moscow later this year.

By Tariq Ziyad
0
Bass=Win
Exploring the ‘Industrial’ Genre: Medic gives us the skinny ….
Kid Breaks : The Story So Far