Saturday 8th February saw Rise debut at Protocol in Vauxhall, London. The all Stereophoenix line up of Martin Chandler, Gower Preston, Mike Hulme  and as you quite possibly will agree, the legendary pairing of Simon Shackleton ( Elite Force, Zodiac Cartel, U&A Recordings ) and Mark Pember ( Mon Basarra, Meat Katie, LOT49 ) playing back2back for 4 and a half hours. Protocol, which is a new space to dance in for me is a very intimate, stylish and welcoming venue with 2 rooms and very helpful and friendly staff. It’s not the biggest club you will come across but you can tell that there is a whole lot of heart and soul within those wall’s. That is why it was the perfect setting for Rise… 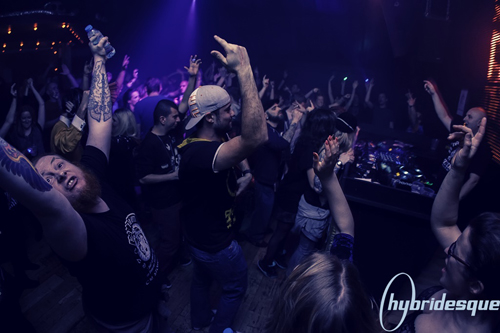 Rise, alongside The One Series are the live embodiment of the Stereophoenix philosophy and is the brainchild of co-founders Simon and his good pal Gower Preston. Wanting Stereophoenix to become so much more than a label the new music that he is producing has heralded a change in direction. Instead of destroying dance floors with his familiar ferocity as Elite Force he decided to take his music to a much deeper, warmer, fuzzier and twisted level, something a little more personal. Electronic music with heart and soul. 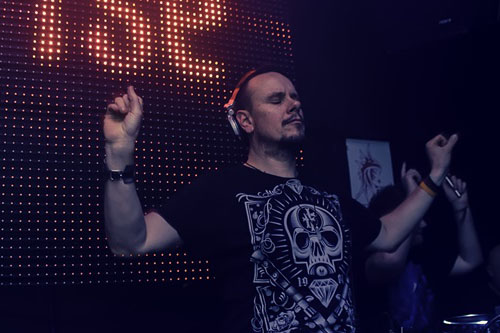 With this change in musical direction came his night The One Series. The idea was to find a unique intimate venue with One room and One dj for the whole night, taking the crowd on a journey from start to finish as opposed to laying it all on the line for a hour and a half. Smaller crowds but with much bigger atmospheres. The revellers all together on the same vibe, more of a community spirit feel and to share the experience as One. The One Series has visited San Francisco, London and even Simons farm so far with more in the pipeline including Los Angeles and a return to San Francisco in the coming weeks. Progressing on from The One Series comes Rise…

Rise is the combined idea of the Stereophoenix team. The night continues with the same values as The One Series nights. The same kind of venues, the same ethos but with an expanded line up. More djs combining to give their angle and perspective on what the perfect night out should be like.

So the scene was set. Both rooms were brisling with intrigue. The sound systems were tweaked to absolute perfection. The visuals and lighting provided by Meat Cassette were catching the glint in everyones eyes and the music was beginning to ooze from the speakers whilst the expectant crowd began to arrive, eagerly awaiting on giving their best dancing shoes a thorough workout.

First up in room 2, Martin Chandler. Martin may not be that well known but he has been playing to party goers for many years. In his set he brought us just over 2 hours worth of delicious deep and tech house with a real emotive feel. The feeling for the night was being served up on a plate and it was ours for the taking.

Room 1 saw Gower Preston kick off proceedings. This was no ordinary night for Gower. After only taking up the art of mixing 18 months ago this was to be his debut behind the decks in front of a paying crowd. If nerves were an issue they were certainly channelled in to enjoying the moment for exactly what it was and that shone through in his set. Once again dropping deep and tech house and techno tracks the journey at the beginning of the night was progressing with intent very nicely indeed.

With the intensity rising Mike Hulme was next to take to the decks in room 1. Mike with his new found love of techno delivered a now familiar techy, hypnotic and psychedelic set. With the niceties of catching up with friends over with the shuffles turned to a more expressional form of dance as Mike drew the crowd to the dance floor. With the night approaching it’s main event smiles grew large and the expectancy was at fever pitch for what was to come.

So with 4 and a half hours left on the clock the time had come. With 20 years experience each, more track releases than you can shake a stick at and the knowledge of how to whip up a frenzy on the dance floor at the drop of a track the anticipation from everyone was a boiling point. The set started on a mellow yet altogether enticing note with a track by Olafur Arnald called Happiness Does Not Wait. Very apt for what was to come because happiness should wait no longer. Simon and Mark proceeded on to deliver a mind blowing set. Taking  to the decks for roughly 10 – 15 minutes each they encouraged each other to dig out their biggest dance floor weapons. Again there was deep and tech house, techno and some deep breaks thrown in for good measure. Some old favourites were brought out for an airing whilst new tracks were given a spin for the first time. All of which were welcomed with a great level of enthusiasm and had hands in the air and smiles on faces from start to finish.

The night as a whole was outstanding. The venue, the music and most importantly the people who attended as that is what Stereophoenix is fast becoming about. The communal experience, a tribe in pursuit of the perfect night. Somewhere to feel safe with like minded friends, old and new to dance the night away together as One. Stereophoenix is all about heart and soul! 2014 is set to be a significant year for Stereophoenix so click on the links and keep up to date with future events and new music heading your way.